By Dr. William J. Black on August 6, 2019 in Periodontal Dentistry 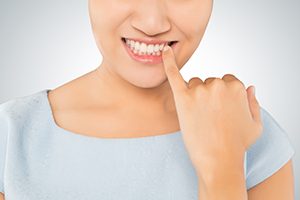 Gum disease continues to pose a significant threat to public health, with some studies suggesting more American adults have gum disease than previously thought. As detection, screening, and awareness has improved over the years, we now know that the prevalence of moderate to severe periodontal disease may have been underestimated by as much as 50 percent.

Periodontal disease is a chronic inflammatory disease that can destroy the gum tissue, ligaments and even the bone supporting the teeth. Left untreated, it can lead to tooth loss and can even interfere with other systems of the body. Periodontitis, also known as gum disease, has been associated with chronic inflammatory diseases such as diabetes, cardiovascular disease, rheumatoid arthritis, and some cancers.

Given what we know about the relationship between gum disease and other problems such as heart attack and stroke, taking care of your oral health isn’t just about a pretty smile—it has bigger implications. So remember, while daily brushing and flossing is a great first step, it is not an acceptable substitute for regulars dental check-ups and professional cleanings!

Fluoride Levels and The Goldilocks Rule
“Guard” Your Teenager