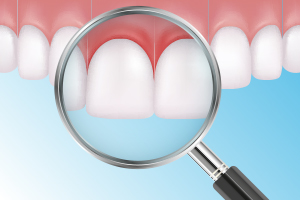 Prevent further damage to your teeth.

Gum disease is a big problem. By some estimates, as many as half of all adults suffer from the condition. Most people think that it can’t happen to them, but it’s easy to become a statistic! Quick treatment can prevent periodontal disease from spreading and causing more damage. If you suspect a problem, don’t hesitate to contact our office for a checkup and consultation. Call (916) 483-5900 to schedule an appointment.

When brushing and flossing your teeth, no amount of bleeding is typical or to be considered routine. On the contrary, it could be the first sign of a problem.

If left untreated, the periodontal disease won’t get better on its own. It can spread to other areas of the surrounding gums, as well as damage the integrity of your teeth. As the infection attacks connective tissues (ligaments), your teeth may loosen. At this point, there is a real risk of tooth loss.

The best way to prevent gum disease is with proper at-home care that includes a twice-daily routine of brushing and flossing. Furthermore, you should receive a dental checkup every six months. That way, we can check for potential problems and catch them early! Contact us today to schedule an appointment.