The Season and the Sweet Tooth 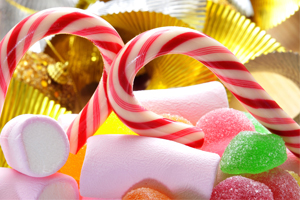 Food has always played a starring role in holiday traditions. From Thanksgiving turkey to the Hanukkah challah to bouche noel, what we eat defines the occasion (and some of our most lingering memories). It’s no wonder that by January, laments about misplaced waistlines ring out as often as “Happy New Year!”

But when it comes to holiday feasting, there’s more at stake than shock at the bathroom scales. One obvious pitfall is the abundance of cakes, cookies, candies, and pies—and the extra indulgence that comes with the season. To ease the risk of tooth decay, as well as some of the guilt, make sure you indulge in some extra toothbrushing and flossing, too. (‘Tis also the season to rinse soon after feasting and undo the growth of plaque!)