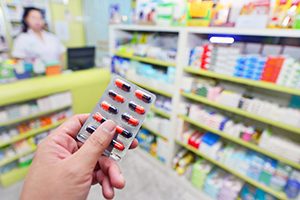 Most patients know that doctor-prescribed medication is pretty serious stuff. But if you can buy it at the drug store, how much of a problem could it be?

Long-term use of pain relievers ibuprofen (Advil) or naproxen (Aleve) can raise blood pressure, harm the stomach, liver, and kidneys.

None of these products are hazardous if used only occasionally. It’s consistent use that leads to problems–because, since they’re not prescribed, there’s no limit on how many the patient can take.

Patients should have a discussion with their doctor or dentist regarding all medication they may be taking, including over-the-counter varieties.

Other Oral Concerns… Besides Teeth
What’s So Bad about Snoring?